Back from the Warp!

Well, it has been a while! I've been up to quite a bit over the last few months. As you can see from the picture above I managed to get the World Eaters all completed, the picture is of the full force, all 6000+ points of them all ready to do battle for the Betrayal Campaign weekend. 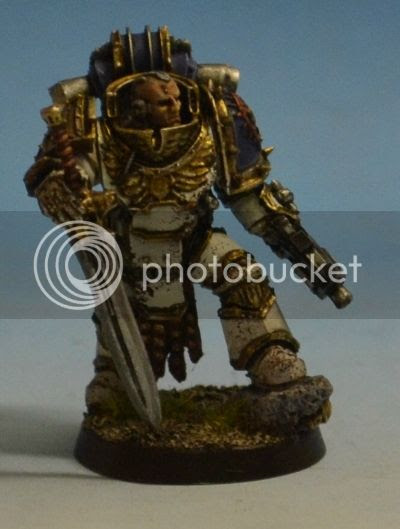 It's the first campaign weekend I attended at WHW, I had a blast, never done too well on the gaming side of life, mainly down to the amount of painting I had to do but was pleased with the end result. In the final pairs game we came up against a massed tank army with, off the top of my head, 9 Predators, 5 Land Raiders, 3 Vindicators, 2 Malcadors, 1 Typhon along with a fair amount of Infantry to go along with them. As you can imagine from looking at our army on the board we weren't actually that well set-up to deal with that amount of armour but, you know, fate was on our side and we actually managed a fairly healthy victory. 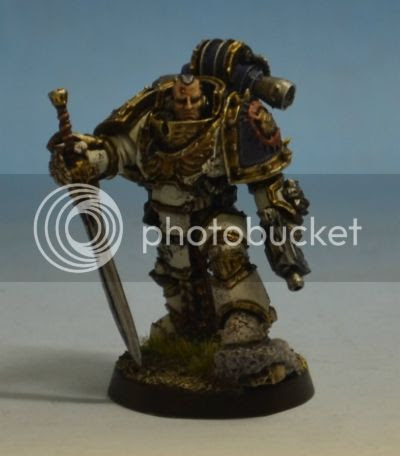 In the end the Loyalists, the side we were playing for, amassed the highest amount of victory points and were awarded the title "The Righteous Heirs" although we couldn't technically win. I also picked up a couple of awards, "The High Remembrancer" for best army list and "The Magos Reductor" for best army :D
So, with all the heresy stuff out of the way for a bit, sort of, I've cast my eyes onto the new Codex Space Marines, as many of you will know I'm very much a Space Marine nut so it was inevitable that I would start a new marine army when the codex hit. 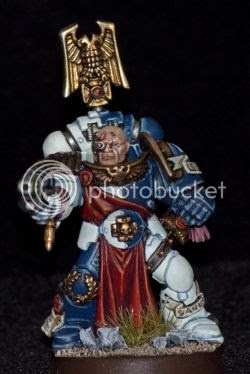 For this army I'm taking a bit of a step back and bringing back my clean and accurate style, if I'm honest the grimey and dirty style has never really been my thing. So I really wanted to go back to what I like best. 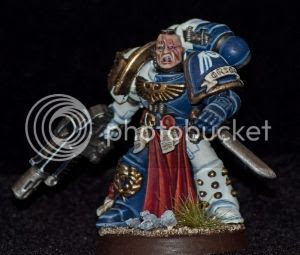 The army, as you can tell from the pictures is again a blue and white army, this time in a quartered scheme and the chapter I'm going for is Sons of Guilliman. The first unit I've done is a Sternguard unit, mainly to have a crack at Golden demon with the aim of at least getting through the first cut which I'm pleased to say I did. I really wanted one of the new medals they did for this year :D
That's all for now, there will be plenty more to come over the next few months, more heresy stuff in the shape of Sons of Horus, Angron, some Charcaradons and of course my Sons of Gulliman. 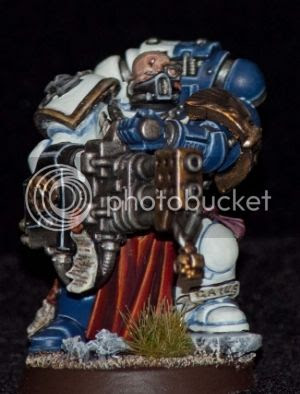 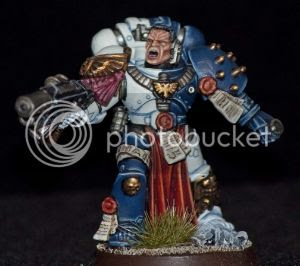 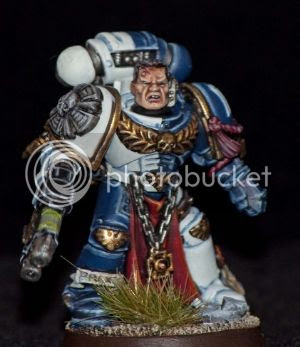 James Karch
Welcome to my Blog where I'll invariably update with both my painting and gaming adventures. I've been painting and building armies for Warhammer 40000 pretty much since its inception with a bend towards all sorts of power armour for the most part. I've been playing on the tournament circuit since mid 2004 with varying degrees of success but am really an army painter at heart.